Skip to primary content
Deer-stalking season is back. Time to remember defending the free is the core of the vegan ethic.

A vegan humanity wouldn’t breed chickens, emus, cows, horses, goats, sheep, rabbits, llamas, or, for that matter, Chihuahuas. Nor would it pack ammunition and go chasing after hapless herbivores.

A vegan humanity wouldn’t compete against wolves, coyotes, and bobcats to keep the above-listed animals available for our use and amusement.

And if our hero, a pleasanter humanity, stops warring on wolves, coyotes, and untamed cats, then the claim that moose, elk, and deer have no natural predators would be history.

Now, some people stalk animals regardless of their numbers, because they think it’s fun, so they must have been led to regard an object that can kill as a toy—but people with this ugly view would not be brought up by our hero.

Long ago there were wolves here on the eastern side of the North American continent. Our anti-hero killed them off.

But you can’t keep a good bio-community down.

The Great Lakes wolves have mingled with eastern coyotes, producing coyote-wolf hybrids. Deer make up about a third of their food. These coyotes are apex AF.

So, why are there still so many deer? 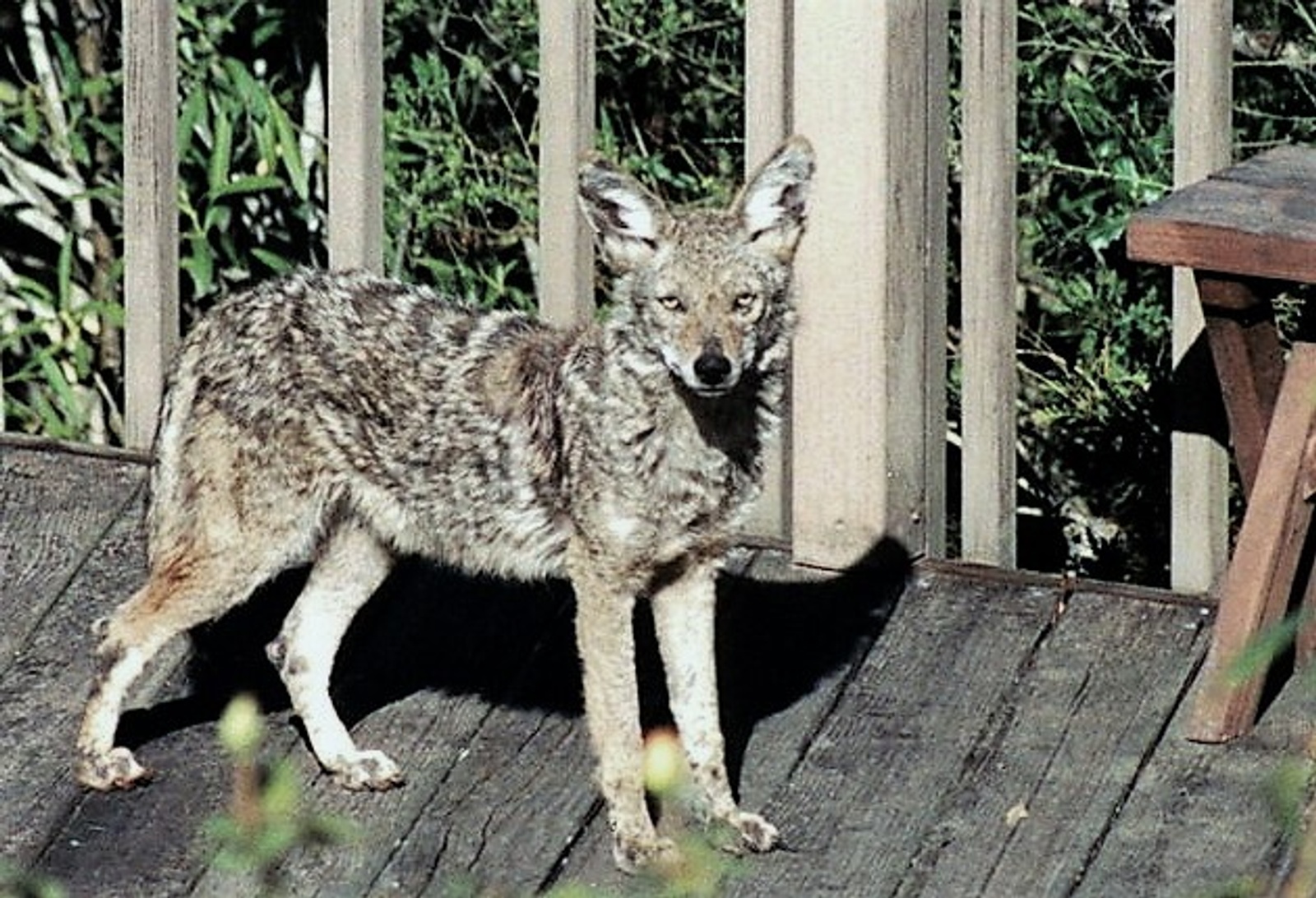 The states’ hunting and trapping rules are dead-set against coyotes. About half of the coyote population winds up dead each year in Pennsylvania.

Bobcats are targets too—so there’s a community of capable carnivores under fire.

Federal managers ought to be heeding the growing body of scientific knowledge of the harm done when lands lose big predators. They ought to work with state agencies to reverse the current obsession with snaring, poisoning, hunting, and trapping them. We need to make this point heard.

Know what shooting does? It creates a huge population of deer to keep shooting.

At the Wissahickon Valley Park, the northwest section of the city’s Fairmount Park, indigenous deer are baited and shot each winter.

Here’s the story, as recorded by Bridget Irons, archivist for Philadelphia Advocates for the Deer.

It starts because the human “cultural carrying capacity” is so low (the number 30 as the limit on deer in the largest urban green space in the world). And then it becomes a vicious cycle of killing, deer repopulating at a frantic pace, and ever more killing.

Watch the same dynamic at the nearby Valley Forge National Historical Park, and throughout the townships surrounding Philadelphia. Residents complain. They don’t like their gardens nibbled. And eventually there’s a killing contract with the U.S. Agriculture Department—usually starting with a time limit, but carrying on indefinitely, with lot of money and personnel hours diverted to the projects. (For the Fairmount Park shootings, Philadelphia’s police aviation unit has been pulled in.)

How much should public pressure influence managers to impair what nature produces?

And how do we have a dialogue with the communities that manage to exert such violent pressure?

A Deer’s Reproductive System Is None of Our Business

Many advocacy groups prefer to promote deer birth control instead of shooting. They claim obstructing deer reproduction is a humane way of reducing their numbers.

And in the bigger picture, the attitude that humans should manage nature puts coyotes out of a job. Predators need us to stop repressing them, and to empower them to regroup and return to their natural roles.

And in the even bigger (and vegan) picture: Why on Earth would we want a pharmaceutical plan to control the destinies of untamed animals?

We might believe the public isn’t ready for coyotes.But then it’s our work to create understanding. Coyotes aren’t trying to create additional risks for us. Mainly they’re avoiding run-ins with us, moving at night where they live near us. Humans need to take a page from their book and be better minders of our own business.

4 thoughts on “A Vegan View of Deer, Coyotes, and Bobcats”