Key points to which the movement must now respond.

Read the full essay at HumaneMyth.org 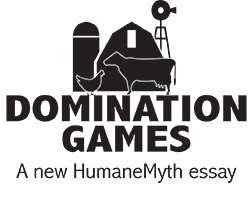 Board members and others in positions of oversight must dramatically up their game, or, in some cases, step down.

Putting healthier people at the top of the institutional pyramid isn’t the answer, say LaVeck and Stein. It is time to decentralize power and widely share resources and leadership opportunities.

Read the full essay at HumaneMyth.org