In memory of Sprite (with Frankie in banner photo).

For many years I’ve offered sanctuary to abandoned cats.

But there will come a time when I’m too old, meaning the risk is too high that I’ll die before they do. The worst thing I could do, even inadvertently, is to abandon them again.

At some point, I’ll just help other caregivers, should my means allow it.

My strategy of outliving the cats I adopt has, so far, been working.

As the vet and I were talking, and I sat crossed-legged on the floor stroking Sprite’s head, an agitated yap interrupted our conversation. The doctor opened the ICU locker and retrieved the noisy animal. “Little Jackson here isn’t used to not being held or carried around in a handbag.”

“What kind of animal is this?” I couldn’t tell.

The vet answered: “A mini Pom.”

The doctor met my startled gaze, nodded, and added: “As though Pomeranians weren’t already small enough.”

“You know,” I said, “This just frosts me. Dogs’ ancestors are wolves.”

The doctor answered: “And now you can’t tell this one from a Guinea pig.”

“What’s the mini Pom in for?” I asked, looking at the tiny mammal in the vet’s arms.

“Broken cervical vertebrae. Bones broken in the neck. It’s a congenital issue for theses miniature dogs. Most of these dogs here, the big ones too, came to our emergency room because of congenital disorders common in their breeds.”

Each of the following slogans — you’ve read or heard theses and more, no doubt — invokes a fantasy, subtly or strongly. In each, only the use of animals in food agribusiness gets confronted, while the idea that we’re expected to have and to hold pets is left untouched.

“I began to wonder why we cuddle some animals and put a fork in others.”

“If you love some animals called pets, why do you eat others called dinner?”

You get the idea.

The vegan question is not whether we need to cuddle animals we bred to eat.

The vegan question is whether we had any right to breed them onto this Earth.

Here’s a variation on the theme — a screenshot of an activist group’s video. 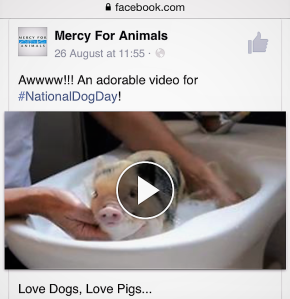 I find this image disturbing on every level. Young pigs naturally would not be spotted alone like this (they live in family groups that have dozens of members); and the pig in this video is barely more than a newborn. And the message? Everything will be fine if we love pigs and groom them in a bubbling bidet.

#NationalDogDay warrants hard discussion about what we do to wolves on this planet — not expansion of a ridiculous adorbs fest on social media to include infant pigs.

Our Selves, Our Cats

We domesticated the wildcats. Another human achievement in the suppression of natural evolution. My pal Sprite was born outside, one of the millions alienated, by selective breeding, from an ancestral community of free-living felids. And then alienated again from the human community that’s supposed to care for the beings we’ve domesticated. 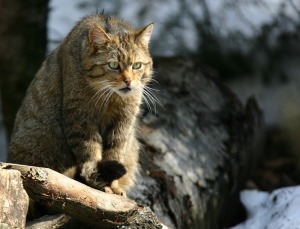 One of a community of free-living wildcats (Felis silvestris)

The vegan movement has largely ignored the cats, except to suggest they be forced to live ever more divorced from their evolutionary state by eating “vegan cat food” — which doesn’t exist, as the vegan principle doesn’t apply to the actions of cats.

In recent years, The Vegan Society has begun encouraging their supporters to feed their cats this nonexistent substance.

The Society has promoted a commentary by veterinary specialist Andrew Knight to back this position, but what I have read by Knight refers to an article that addresses reasons why some people want to use a vegetarian diet for their cats, and how vets can best communicate with such people. That article didn’t address crystal formation in high pH urine and urinary tract obstruction (UTI) — a very serious issue.

And in practical terms, many vegans, myself included, are rescuers in multiple-cat households who may also attempt to care for outdoor colonies. Sorting the cats’ food  according to UTI vulnerability would be prohibitively difficult even if it were a vegan action.

Because veganism challenges human supremacy, to impose a philosophy-based diet onto a cat offends veganism.

For years, Chris “Lone Primate” Kelly challenged the AR Views listserv, and faced more than a little anger for questioning the human prerogative to breed and keep pets. Chris has written the following commentary.

As a vegan who has loved and shared a home with cats, my decision to reject a vegan diet for them involved a lot of research, pro and con. Whether a cat can be conditioned to eat (or like) a totally vegan diet was not pertinent to me as it is abundantly clear cats are natural carnivores. My reasoning had more to do with being respectful to 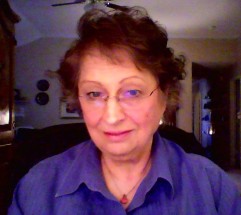 their evolutionary nature and to a desire to opt out of human control whenever possible.

I have read and reread Veganism Defined (Leslie Cross, VP Vegan Society, 1951), and I feel supported in the above conclusion. Cross writes: “In a vegan world the creatures would be reintegrated within the balance and sanity of nature as she is in herself. A great and historic wrong, whose effect upon the course of evolution must have been stupendous, would be righted.”

The founding definition shows a deep respect for nature. Not all of nature’s beings can be vegan, nor are they meant to be — that is reality.  Making such a drastic (and some say experimental) change could be considered controlling and done for human benefit or comfort. In fact, it may be perceived as a sort of selective breeding, sending a message that pet keeping can be made to be harmless. This, in my opinion, hurts the very sensible and cogent argument for veganism.

As we know, the practice of pet keeping is far from harmless. The process of domestication is a cruel, frankensteinish interference in evolution and nature itself. Domestication is “the process of hereditary reorganization of wild animals and plants into domestic and cultivated forms according to the interests of people. . .”  (Encyclopedia Britannica.)

Domestication is a powerful, all-encompassing word, and, I believe, it should be used clearly and frequently in all abolitionist discourse. Why don’t the large “rights” organizations take a public stand against all domestication and call for the phasing out of pets? Could it be because they get a substantial amount of donations from “pet lovers”?

. . .Pet keeping is one of the most frivolous uses of nonhuman animals, while medical research and other user industries claim necessity and even noble justifications. How do we expect to ask for change in the latter when most pet owners are unaware of their own complicity?

We recognize domestication requires people of conscience to show empathy for those made incapable of independence. I have enjoyed the companionship and love of several dogs and cats throughout my life. Yes, their looks and behaviors were at times cute, adorable and heartwarming, but we cannot forget that they were (and are) enslaved and bred to suit the fancies and assorted motives of humans just as were all other domesticates. Portraying them in cutesy (and extreme) ways is another undignified use of animals.

Domestication in all forms is wrong and needs to be phased out.

If we take care of the victims made dependent by domestication and stand with the tenets outlined in Veganism Defined to respect nature, we will have a clear way forward.

2 thoughts on “Of Pets and Vegans”