A revised and updated version of this column appears here.

Much U.S. activism focuses on the slaughter of horses for human consumption. Year after year. If slaughter administration by the U.S. agriculture department stops, then the focus shifts to the live export of horses to slaughterers in Mexico or Canada. It always seems to be one or the other, and although charities suggest that enough donations and clicks and letters could end it, it never ends.

How much of the dialogue delves into the breeding and breaking of horses? Practically none. In fact, most advocacy groups frame the argument against horse slaughter as an affront to our equine companions, or the idea that we owe them better treatment for their history of service to humankind. 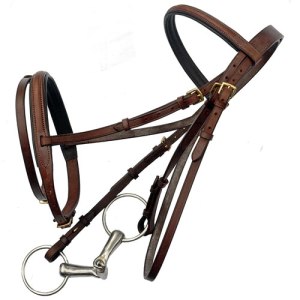 Their service to humankind isn’t open for debate. We’re so used to being served that the matter of whether horses originally wanted us on their backs never even comes up.

Full disclosure, lest I sound preachy about this: I have ridden horses. For the most part, I enjoyed the activity; and for the most part, I didn’t think I was doing anything wrong. I am deeply sorry. From the week I became vegan, I resolved to never, ever do it again. The transformation of horses—who arrived on this planet long before we did—into our recreational vehicles, into items we exchange (our use of horses) also makes them available for slaughter (the decried abuse); I now understand how I participated in the injustice.

Our acceptance of the riding in the first place causes hundreds of horses to die every year on racetracks worldwide, and that prompts the racing industry to invest in research on horses in order to investigate speed potential and injury treatments. The plight of ex-racing horses, and any owned horses who pass their primes (or the primes of their owners’ attention spans), may be a chain of sale, resale or donation to charity, neglect, and the ultimate handover to the killer buyer.

What finally happened to those horses I rode? I doubt any died of old age under the gentle care of a sanctuary. Out of the 9-million-plus horses in the United States, how many do, and who is supposed to ensure that happens?

The broader message of horse-slaughter opposition

What is the message of a campaign to ban the human consumption or the live transport of equine bodies? Having entered the chain of resale, horses who are not slaughtered for human consumption, one might assume, are likely to be turned into some other product, such as food for zoo animals. Their bodies are going somewhere. We don’t see horse cemeteries in suburban pastures or at riding schools.

And if we say horses shouldn’t be slaughtered and shipped to restaurants in Italy or Belgium, then some other animal will appear on the same Belgian or Italian menu that would have featured the horseflesh—a selection that should arouse no more ethical outrage, if our morals are consistent, than the average North American pizza. Issues involving the human consumption of animals always press us to reaffirm the vitality in supporting restaurants offered by vegans. This makes much more sense than backing a campaign that scolds people for eating this and not that animal, or one that pushes the slaughter of certain animals over administrative borders.

And by framing the eating of horses as a “barbaric” foreign habit, the humane community routinely enables donors to miss the meaning of what they do at home, and the advantages people derive in our own regions from the pervasive commodification of animals.  To put it bluntly: No humane-charity CEO wants to trouble the conscience of the donor on horseback.

Our form of dominion over cats and dogs and horses—a dominion that we accept and even celebrate—certainly connects with humanity’s domination of these same animals in other ways. Our habit of making toys or companions out of dogs and ponies who have no say in the matter sets the stage, for example, for training animals to go into wars and exploding buildings, or for their millions of deaths in shelters, through auctions, and in laboratories each year.

Despite charity groups who refer to owners as “guardians” and despite animal law writers’ insistence that their household animals are more than “mere” property, the human who lives with a domesticated animal is in charge of every major situation in that being’s life. It makes no more sense to refer to our control over other animals as guardianship than it does to claim that slaveowners would have been guardians of human slaves simply by uttering the term. 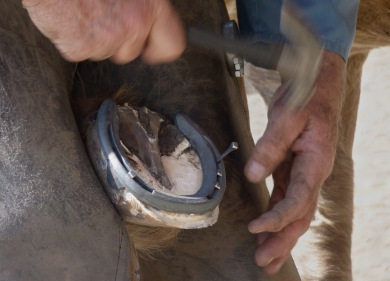 Recall Charles Darwin’s words: “Animals, whom we have made our slaves, we do not like to consider our equals.”[1] We rationalize and perpetuate our dominion over other animals in part by making ourselves their benefactors and pointing out that we do love specific animals; but do deep feelings of love for these animals justify domestication generally—or does that deep love lead us to challenge it?

I support rescue groups. I appreciate anyone who helps animals with nowhere else to turn. At the same time, I hope the rescue community will agree to question the root cause of the animals’ vulnerable condition. To admit that rescue keeps us in control, to acknowledge the sad aspect of the dependent state that we put them in, forcing their reliance on the sheer luck of being scooped up by a decent, sympathetic human who has the means and will to look after them. The point of advocacy can’t be to slather euphemistic language over human dominance. Nor is it about exclaiming how much we love our individual animals at home and yet refusing to acknowledge the overall unfairness in training animals to live in our homes and paddocks—for just as long as we say they may.

All of these beings have been selectively bred from ancestors who lived on their terms in their spaces. Autonomous communities of free-living animals. Why do we always have to mess with that state? I’ll sign off by linking a video of the free-living horses known in Mongolia as the Takh (Equus ferus przewalskii). Once these communities were wiped out by human hunting, military activities, and farming. But about 250 of these horses are now re-established in Mongolia’s Hustai National Park, an area where they had co-evolved with wolves of the steppe ecosystem. The Takh have developed complex patterns of social conduct to defend themselves from natural predators. But when they die, as they all do, the horses go back into the stream of universal energy in the ways they have done since the dawn of their being, and long before the dawn of ours.

14 thoughts on “Why Don’t Campaigns Against Horse Slaughter Work?”